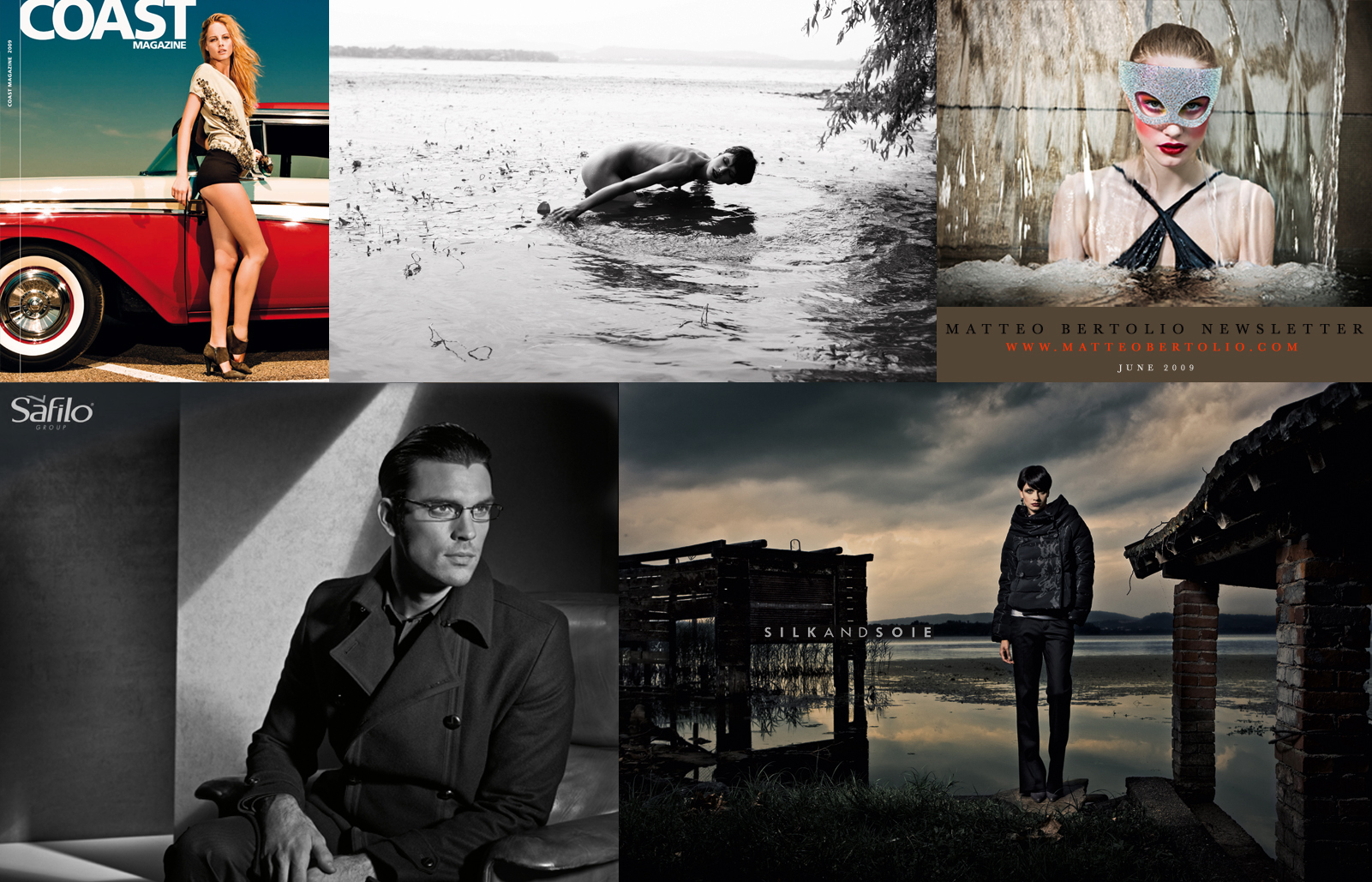 Matteo Bertolio was born in Milan in 1965 soon after his family moved to the natural park; "Campo dei Fiori" in Varese. His father a constructive artist and archaeologist established his studio and a museum of contemporary art. As a child Matteo was raised in this artistic ambience where he often accompanied his father on visits to historic and archaeological sites as well as art galleries and events. He studied chemistry and plastic materials while working for his family business which involved development of paper and plastic packaging techniques.

In 1987 he did his military service with Alpine Paratroop regiment. Following his service he went to New York in which he became interested in cinema graphic and visual arts.

He enrolled in a course at the School of Visual Arts and proceeded to New York University where he received his diploma in Film making. During the period he began working as a still life photographer on the set of low to medium budgets films. He collaborated with an Italian travel and reportage magazine and upon his return from New York he did reportage stores in Africa, the Mediterranean and Northern Europe. During his travels he photographed his fiancée (a model from Agency Elite) and she went on to win the title of Miss Seventeen USA. He has worked in all areas of fashion, publicity photography and apart from sporadic experience as an assistant, he is self taught.In 1990 he was engaged in working in cinema in Rome. Since 1996 he has dedicated himself solely to fashion and publicity photography while based in Milan In 1999 while maintaining his base in Milan he transferred to Australia and in 2000 he married an Australian. Eager to avoid falling into the so called “comfort zone” maintaining his usual comfortable way of life, he considers life to be an adventure. A chance to grow and gain knowledge. Apart from photography his other interests include blue tech, sustainability, environmental an ecological matters. Travel and experience take top priority. A recent trip was under the AEGIS of NATO and the Italian armed forces in which he was engaged in a humanitarian mission in Afghanistan. He has since had an exhibition in Rome and Milan under the patronage of the Comune di Milano and has produced a book of his photographs entitled “KM 5072”.

"I love photography that is graphically clean and that sends an essential message. I think elegance and an esthetic eye are the dominating elements in my work. I have a great passion for film making and can see myself pursuing projects in the near future."